Home / News / Opening of The Prep at Denstone College

Opening of The Prep at Denstone College 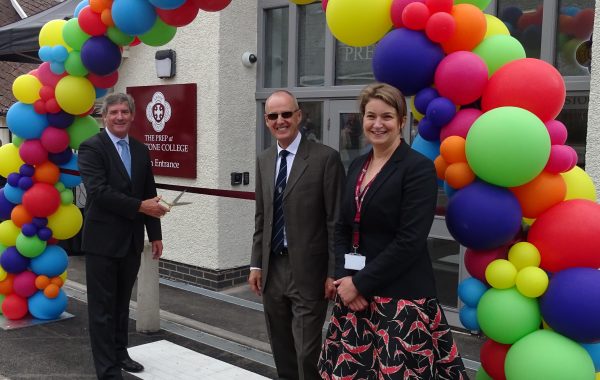 Within 18 months the College has achieved almost the unachievable, and converted and developed a fabulous building on site to become an exceptional Prep School facility.

This development represents’ £1.8 m of investment.  The school has invested £127k in the playground areas, which were carefully designed to aid the physical development of the children and to include an element of adventure and independence.

In addition to our dedicated prep teaching staff for the core subjects of English, maths and Science the schools opens with a range of specialist staff delivering art, music, games, outdoor learning and languages.  The Prep at Denstone College will start with a Staff:Pupil ratio of 1:10 assisted by an additional 5 part time Teaching Assistants. Increased admissions applications for The Prep, since we announced the opening of this new school means that we have opened and staffed two classes in year 5 and 6.

This was an exciting and much anticipated event, attended by parents, governors and Old Denstonians, and was a welcome return to the school of a Prep School on site.

The parents of the new Head Boy of The Prep were delighted with their visit: ‘ We’re really proud of Iliyin and his acheivements.  We look forward to his time at The Prep at Denstone College, and eventually, the transition to the College.’

Another parent had this to say: ‘ We are so excited to be part of the College.  The Prep looks fantastic, well done to all who made it possible.  WE have one very excited son.’

Following a welcome address by Professor Nigel Ratcliffe, and a ribbon cutting ceremony, visitors were invited into the new school to see their classrooms, and also to test the new playground equipment!